Cabloc is a vertical tensioned cable system which is clamped to the top of a structure such as a fixed ladder to provide fall protection for those accessing the ladder. The system is extremely flexible in its application and provides the operative with completely hands free protection.   The system has been designed for areas where wind loading prevents the use of a track based system such as Railok, or for instances where a track system would hinder the general use of the system.

Cabloc features a tensioned galvanised or stainless steel cable with solid core strands to prevent deformation under load.  The cable is clamped to the top of the ladder with an impact indicating shock absorber and then at intermediate points along the length of the stringer.  These intermediate brackets enable the cable to be released when the arrester device passes through.  The tensioned cable then simply springs back into the bracket once the devise has passed through.  An arrester device with a double cam brake is connected to the cable and via a karabiner to the operative’s harness. 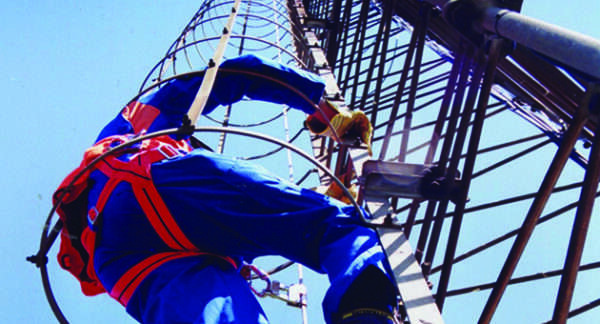 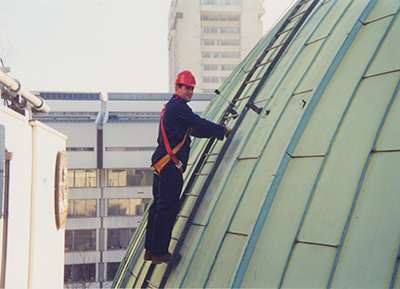