In 2017/2018, the Health and Safety Executive issued 8942 enforcement notices for breaches of health and safety guidelines, leading to 493 convictions and a total of £72m in fines. 7% of convictions led to an immediate custodial prison sentence.

The HSE releases the details of the investigation and sentencing to inform others about the cost of skirting your health and safety responsibilities, in both financial and human terms.

In this blog, we’ll take a look at some of the cases we reported this year, and tell you what you can do to avoid becoming another statistic.

An Elsecar scaffolding company landed a £100k fine and £918 in court costs after a sixteen-year-old apprentice joiner fell four feet and suffered a fractured cheekbone, broken wrist and rib injuries.

The apprentice was passing roof tiles from a loading bay in 2016 when their foot caught between the scaffolding and the bay itself, causing them to fall under a single guardrail. An investigation later found the loading bay edge protection did not include an intermediate guardrail or toe-board.

The company pleaded guilty to breaching Regulation 8(a) of the Work at Height Regulations 2005.

This case highlights the importance of ensuring scaffolding is erected properly, as well as the vital natures of ensuring edges and fall risks are adequately protected with guardrail, such as the comprehensive KeeGuard system. 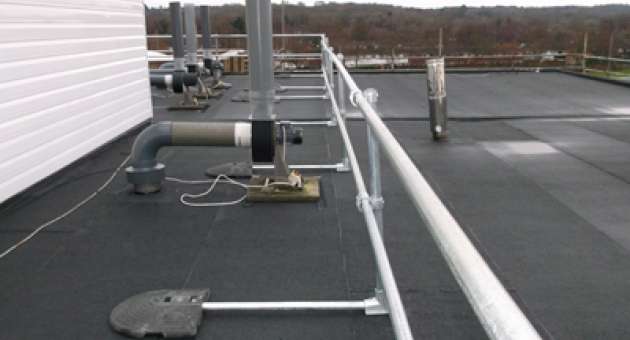 In April, the HSE issued a stark reminder of the importance of checking worker competency before carrying out work at height after a five metre fall left an employee seriously injured.

The employee was re-roofing an old feed mill building in Longton when he slipped through a gap to the concrete floor below, sustaining head and arm injuries. An investigation found that the roof work was not properly planned with no measures in place to prevent or mitigate a fall through or from the roof.

Two companies involved in the work were fined a total of £50k, and the contractor was handed a suspended 12 month prison sentence. HSE inspector Stephen Boyd warned: “Companies commissioning roof work should make reasonable checks regarding the competency of a contractor to undertake work at height safely.”

HSE guidelines and the Construction (Design and Management) Regulations state that clients have a duty to assemble a team of ‘competent professionals’ who are clear in their roles, as well as properly trained in selected systems of work and safety equipment. We regularly talk about the importance of competency, and you can read more here.

A Manchester-based roofer was handed a six month suspended sentence, 240 hours of community service, and a fine of £5,000 after work was repeatedly carried out with no edge protection, scaffolding or compulsory liability insurance.

A HSE investigation found the roofer had already received two prohibition notices for the same failures, however he continued to work without the correct systems in place, putting members of the public at risk from falling materials.

The roofer pleaded guilty to breaching several of the Work at Height Regulations, and the HSE inspector in charge of the case said after: ‘This incident could so easily have been avoided by simply having the correct control measures and safe working practices in place. Companies and individuals should be aware that HSE will not hesitate to take appropriate enforcement action against those that fall below the required standards.’

We have previously discussed the importance of ensuring all work at height is properly planned, with the correct systems in place, before being carried out.

A particularly sad and sobering example of the risks of fragile skylights, and ignoring the responsibility to properly plan work at height. A worker lost the use of his legs after falling through a skylight whilst carrying out specialist demolition work on a London building.

Though work was being carried out near a skylight, no checks were carried out to see if it was fragile, and no safety measures were put in place around it. The investigation also found that neither the principal company nor the contractor planned the work adequately, with workers lacking training and relying on unofficial interpreters to translate instruction.

Both companies were fined £270k each as well as over £7k in legal costs. The HSE inspector in charge of the case said: ‘The risks relating to fragile skylights being fallen through and the simple solutions to avoid this are well known.’

Falls through fragile rooflights continue to account for the majority of fall from height fatalities, yet these types of accident can easily be avoided by simply installing the correct protection, such as the Kee Cover. 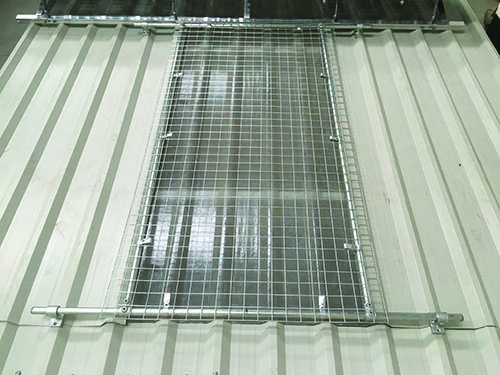 August 2018: Director fined for failing to comply with prohibition notice

This is a perfect example of a company failing to take heed of a fair warning, leading to more severe punishments. Though a prohibition and improvement notice was issued after serious fall risks due to unprotected edges were identified, neither the company nor the director made any attempt to comply with it.

The solution here is simple: if the director and the company had made an effort to act on the clearly defined failings of their site, they could have avoided a hefty fine.

Another example of the risks of fragile roofs. A nineteen-year-old employee was working on a roof replacement project when he stepped off the walkway and fell 7.5 metres through a fragile roof panel, suffering serious head injuries, a broken pelvis and a broken wrist.

The HSE investigation found the work was not properly planned, supervised or carried out, and the company, a steel fabricators, failed in its duty to control and supervise the work being carried out. The court fined the company £12k, with costs.

Each year, seven people are killed due to falling through fragile roofs, despite it being almost entirely avoidable with the implementation of careful planning, training, supervision and the correct safety systems.

The United Kingdom is one of the safest companies in the world when it comes to working at height, but injuries and deaths continue to occur each year due to failings in simple health and safety responsibilities.

As many of the cases above prove, simply installing the correct safety systems, or ensuring employees have suitable training and certification, can be the difference between life and death.

For more information on how Safesite can help you keep your workers safe, call us on 01293 529977 or use our online contact form.

We use cookies to ensure that we give you the best experience on our website. If you continue to use this site we will assume that you are happy with it.OkPrivacy policy