2015 Health and Safety Statistics from the HSE

According to the latest statistics from the HSE, work related injury and ill health is costing Britain £14 billion a year.

Despite this, Britain still remains one of the safest places to work in Europe.  The latest provisional statistics from the HSE statistics show that an estimated 27.3 million working days were lost due to work related ill health or injury in 2014/15. Initial figures also showed that 142 workers were killed and around 611,000 suffered injuries in the workplace.

There were 35 fatalities in the construction sector during this period, over half of which were as a result of falls from height.  Encouragingly this figure is around 20% lower than the five year average for 2010/11 to 2014/15 and brings the total number of fatal injuries to workers in construction over the last 5 years to 217. 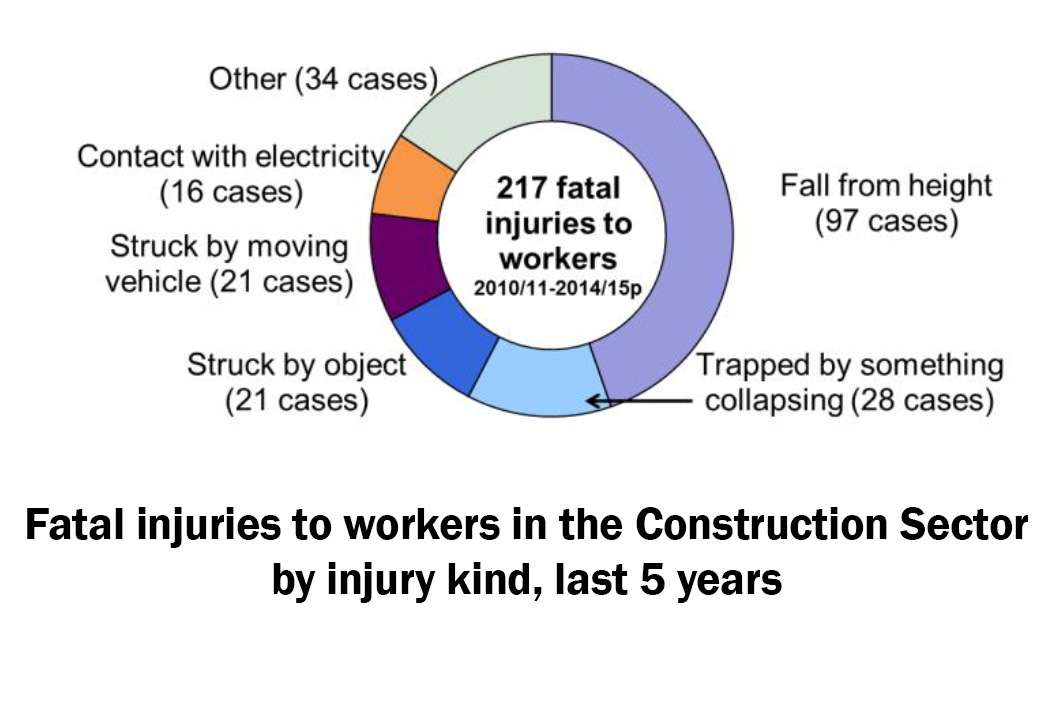 Over half of the reported ‘specified’ injuries in construction were due to falls from height or from  a slip, trip or fall on the same level.

Click here to read the HSE’s newa release on the latest health and safety statistics.